Smartbuild is a construction company founded in 2015 by PJ O Shea and David Grant.

Over the years, we have a reputation for the high quality and skill of our workmanship, management and delivery of an extensive range of all types of projects, including educational, commercial, industrial, residential, conservation and restoration and refurbishment projects.

Smartbuild were also the appointed heritage contractor engaged to assist in a highly complex forensic archaeological and architectural chronological assessment of building fabric within the Dublin Central Project site boundary, encompassing multiple buildings enclosed to the north by Parnell Street, east by O’Connell Street, south by Henry Street and west by Moore Street. 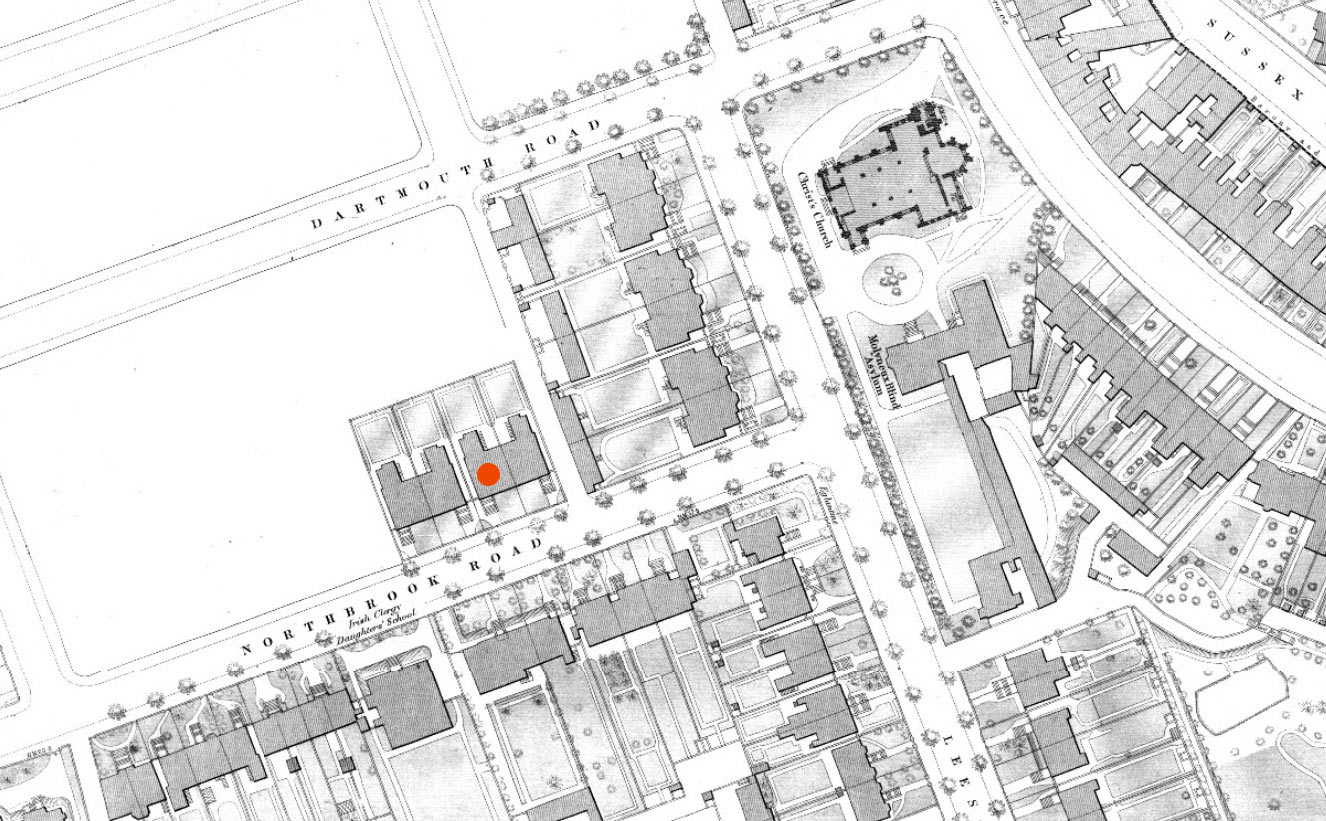 26 Northbrook Road is included on the DCC Record of Protected Structures (reg ref 5870). The house appears

on the 1877 Ordnance Survey map, and is listed in Dublin Street Directories from 1878 onwards.

Historically, 26 Northbrook road was the location for a home for Destitute Children and an Old Man’s Asylum, along with the Molyneaux Asylum on Leeson Park. From 1980 to 1985, the property is listed as flats, and from 1987 it is listed as the Northbrook Nursing Home. The house was altered internally and extended on several occasions to provide services for the nursing home during the 1980’s and 90s, including the insertion of an elevator, partition walls, internal doors inserted in the place of existing window opes. Other modifications included various extensions, a conservatory, resulting in extensive loss of original building fabric. 26 Northbrook Road was a former nursing home but originally semi-detached three-bay double-pile twostorey-over-garden level red-brick Victorian suburban house. The house was constructed between 1874 and 1877, along with no. 17 and the adjacent pair at no. 24 and 25 were built to an identical design. For clarity, the garden level is referred to in this assessment as the basement, entrance level as the ground floor, and the top storey as the first floor throughout. The four-storey modern return is the only part of the house to have rooms at second floor level.

The house retained all of its decorative prick, granite and limestone elements on the front facade, along with sash windows and cast iron boundary features. Many unsympathetic interventions were undertaken in the past, including the addition of a lift shaft in an ill-considered location, the extensive modifications to the rear return, loss of original window openings and extensive modifications internally to accommodate use as a nursing home.

SCOPE OF THE PROJECT

The development consisted of the following works –

The change of use from a Nursing Home to Single Residential Use to include:

Internal alterations to the original house largely consisted of reversing previous unsuitable interventions. Internal architectural features of interest, such as plasterwork and joinery were identified with the architect prior to commencement on site, and were protected during the course of the works, ensuring no damage would ensue and allowing for all relevant features to be conserved and retained.